The annual end of year Steam Sale has been underway for a few days now and it’s been quite an interesting sale. I had $10 in my Steam Wallet going into the sale and I decided to limit myself to that amount for the sale. Therefore I was able to pick up two games for $4.99 each. I bought Hotline Miami and Faster Than Light (FTL). On Amazon I decided to pick up GTA IV for $4.99. I have it on the 360 but figured it’d make for some good jump in and out fun on the PC.

It’s been a little busy during the holidays, so I figured I’d do a quick check in. I’ve been playing Saints Row 3 (Saints Row The Third) on the PC and I’ve had a lot of fun with it so far. It’s a great game that offers plenty of chaos and laughs. I absolutely love the story missions so far, and it’s a blast to drive around the city in various cars causing all sorts of mayhem. The weapon variety is also nice and it’s awesome to be able to call in a UAV to rain missiles from above when you get into a jam.

Below are some assorted screenshots from my playthrough so far: 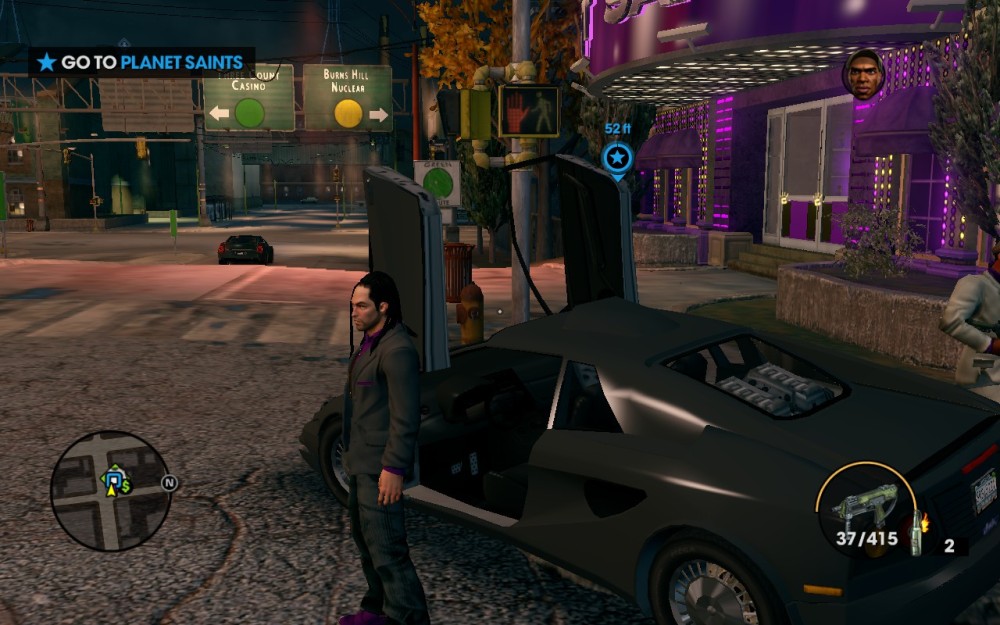 So I rented Most Wanted from GameFly for some reason. I tend to absolutely hate arcade racing games. I want the most realistic experience possible, therefore I prefer Forza 4 (which is absolutely amazing). Anyway Need for Speed is what you’d expect from a modern arcade racer…Flashy lights, nitrous, dubstep, cinematic wrecks and more dubstep.

One thing that really bugs me is that during a race your car will literally change colors multiple times just because you drive through a repair booth. What the hell is that? Anyway, I recorded a gameplay video, though it doesn’t look great. I recorded it using my MacBook camera using the Windows 8 camera app…I’m not sure if it’s something to do with the software, or just being a laptop webcam (though I thought the MacBook camera should be pretty decent…maybe it’s just because I’m in Windows right now).

As you can see my download is underway (though the time remaining is much, much lower now 😛 37 minutes) and I’m excited to finally run a full featured version of Windows 8 on my Mac. Don’t get me wrong, I still love OS X more than Windows, it’s just a matter of being able to play some PC games. Windows 8 isn’t all that bad. It’s my favorite version of Windows yet to be honest. I love the way it looks, it’s fresh, new and flashy. Metro apps are pretty neat as well.

So if you’re like me you’ve probably been upset to find out that the Kindle Fire HD doesn’t allow flash like the Kindle Fire (first gen) did. However, I have good news for you! It’s quite simple to get flash running on your Kindle Fire HD, all you have to do is follow the instructions in the video posted below:

The best way to do this is to open that video on your Kindle Fire HD and then simply click the links in the description one by one to download the software and install them in the order described in the description.

It’s as simple as that! It takes no longer than two minutes and you’ll have flash enabled browsing via the Dolphin web browser on your Kindle Fire HD!

I’m about an hour into Metro 2033 (available FREE from THQ via Facebook (read more) and I have to say I’m having a good time so far. I had previously played Metro on the 360 but only for a brief 30 minutes or so. It never caught me. I’m really enjoying the dark atmosphere so far. I can’t really say much else as I’m not very far into the game. 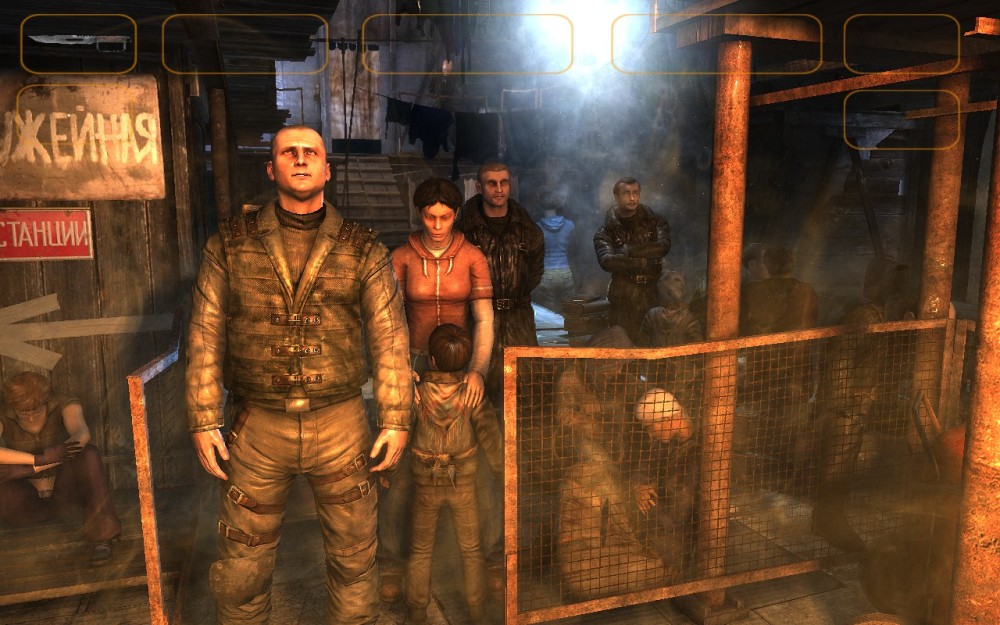 I was browsing blogs here on WordPress when I came across this article by After Dark Gaming. The art work associated with the article immediately caught my eye. I had never heard of this game until I happened across this article and I have to say I’m a little intrigued by this game. I still don’t know much about it. The ‘reveal trailer’ (below) is pretty interesting though. It’s dark, brutal and a little graphic, yet the music is almost disassociated from what’s happening. This makes the video even more creepy.

The game’s description on its Steam page reads:

Hotline Miami is a high-octane action game overflowing with raw brutality, hard-boiled gunplay and skull crushing close combat. Set in an alternative 1989 Miami, you will assume the role of a mysterious antihero on a murderous rampage against the shady underworld at the behest of voices on your answering machine.

Below you’ll see a few screenshots as shown on the game’s Steam page:

Hotline Miami is available on Steam for $9.99. 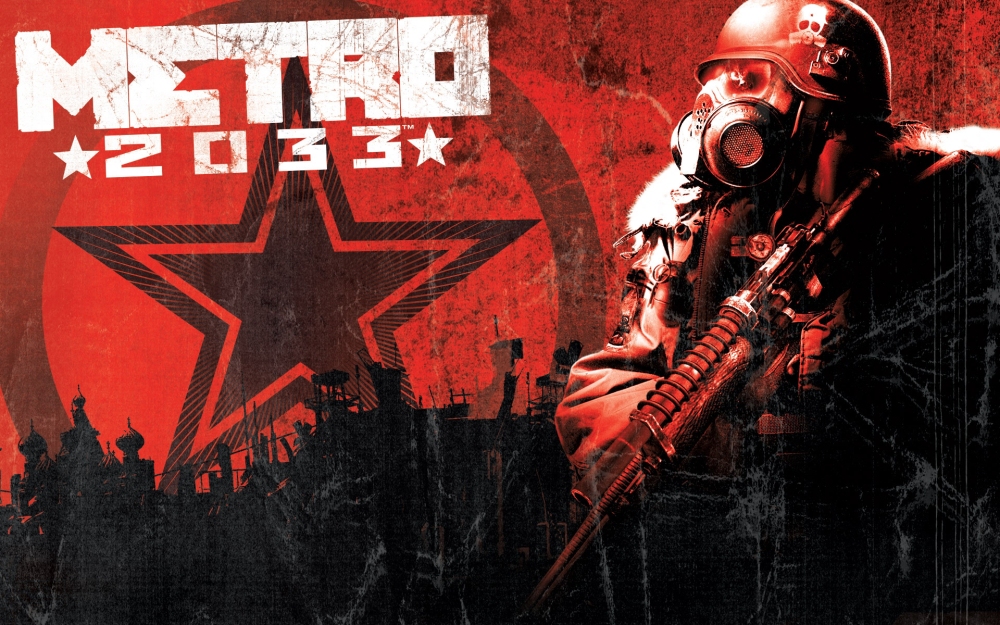 THQ has just released their hit game Metro 2033 for FREE! That’s right, 100% free, no strings attached. All you have to do is follow this link http://www.freemetrogame.com/ and like the page on Facebook to reveal your product key. You can then redeem the key via Steam, or download the game directly via a link provided on the page and enter the product key during the install.

I already got Metro 2033 as part of the THQ Humble Bundle, but it’s a great game and nothing’s better than free! 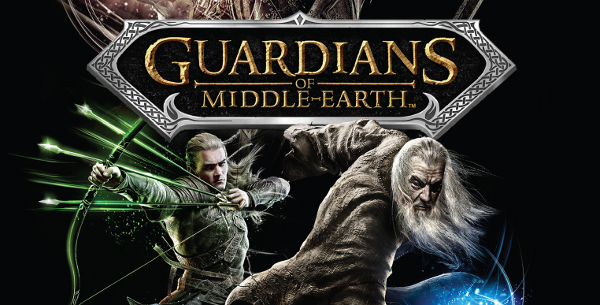 Monolith Productions may be most well known for developing the hit games F.E.A.R. and Condemned, but they’ve also made quite a splash in the downloadable ‘arcade’ market with Gotham City Imposters. It looks like they have another downloadable hit on their hands with Guardians of Middle-Earth (available on Xbox Live Arcade and PSN).

If you’re familiar with the insanely popular League of Legends game on the PC (or DOTA 2) then you’ll easily understand how to play Guardians of Middle-Earth. GoME is a console version of these games with a Lord of the Rings theme, so you’ll be playing as characters such as Gandalf or Sauron. I’ve played a handful of matches so far and I have to say the game plays great on a console. Controls are quite intuitive. Hold right trigger for your basic attack while the face buttons are used for special attacks and abilities. When you level up, simply hold RB (on the 360) to open your abilities menu and press to corresponding button to quickly add a point to your chosen ability). 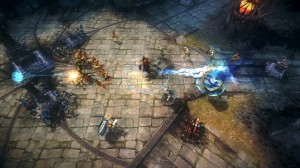 Guardians of Middle-Earth also spices things up by allowing you to upgrade your towers as you level up. The higher your level the more powerful the upgrade you can apply to any given tower. You can change their rate of fire, or build a barracks to spawn more powerful creatures.

The graphics are pretty nice and the map is well designed and nice to look at when you’re not frantically attacking (or retreating).

Guardians of Middle-Earth is available for $15 (1200 MSP) and there’s also a season pass available for an additional $15 which will grant you access to future DLC ‘guardians’ (the characters you play as) and other content. It’s certainly a great game to enjoy as you prepare to watch The Hobbit this weekend.

If you want to see the game in action, check out Giant Bomb’s gameplay ‘quick look’ which features 37 minutes of gameplay and commentary, below:

I love pretty much every video Chris Pirillo uploads to YouTube, but my all time favorites are his tech unboxing videos. Today he unboxed a Kindle Fire HD 7″ and 8.9″ live on YouTube and gave his first impressions. You can watch the recorded video below.

I’ve owned a 7″ Kindle Fire HD for about two months now and I absolutely love it. I use it to read books, magazines and newspapers, to watch movies and TV shows (especially Netflix and Hulu in bed), to browse the web, and lastly, to play games (such as Final Fantasy III or Angry Birds Star Wars). The screen looks amazing and the speakers are surprisingly loud compared to the original Kindle Fire (which I also owned, but sold to help purchase the Fire HD).

Chris Pirillo is a long time tech journalist / personality and I’ve been a fan of him since he appeared on Call 4 Help back on TechTV. Today he runs LockerGnome.com where you’ll find all sorts of technology news and views, and he’s very active on YouTube (YouTube.com/lockergnome) with over 5,000 videos uploaded to date (with an accumulated 152,765,572 views) and several new videos a day.